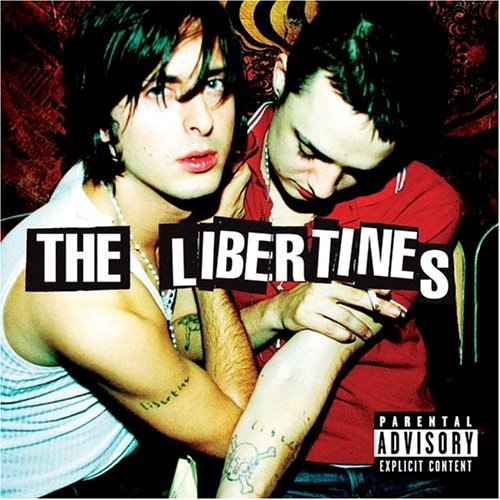 I used to work at the music info desk at a Borders Books and Music. This was back around 2004 when people used to buy books and music in stores instead of online. The gist of the job was simple, you’d hang at the desk and people would come up and ask you how to find “Now That’s What I Call Music!” and American Idol winner cds. Despite that, it was a fun job. When people weren’t asking me questions, I’d be alphabetizing CD’s, restocking, and other assorted retail store tasks.

At least that was what I was supposed to be doing. The reality was that me and the other people who worked the desk spent most of our time goofing off, hanging out in the back room, and generally not being useful. It was a fun spot to work. The best perk was being able to pick what played while we were on shift. We had a shrink-wrap machine so any disk in the store was fair game. We would get complaints almost every day about what we were playing but mostly ignored them. None of us were going to take music criticism from people in the store to buy a William Hung album.

Another perk was the listening stations. The stations were set up in the CD sections so it was easy to just pop the headphones on and listen to stuff while we tried to look busy. This was how I discovered the Libertines, and more specifically “Can’t Stand Me Now.” The eponymous had come out recently and was set up in one of the listening stations. I’d read about the band in Mojo or Q or one of the other glossy British music magazines we carried. I couldn’t really afford them at $10 a pop in the states, but I read them all day at work. The album was produced by Mick Jones and was part of a new wave of garagy guitar bands like the Strokes or the Hives.

I don’t remember the first time I heard the song exactly, but I remember it was love at first sight. The initial burst of guitars and drums that dissolves into the single guitar repeating one note while another chimes in with almost random silvery metallic notes that slowly built in intensity dancing around the single chord strumming eventually the drums kick back in. It feels like a reunion of friends who haven’t seen each other in a while and after the initial hellos gets a bit awkward until everyone has ordered drinks and suddenly falls back into their old rhythms. Once synchronicity is achieved around 25 seconds in, the music floats along until around 48 seconds when Carl Barat starts singing. After his verse Pete Doherty answers, and the song continues in that back and forth pattern as they converse about their relationship and the ups and downs.

The two singers spend the song trying to hash out their troubled relationship. Outside the song the band was generally a mess. Doherty struggled with severe addiction issues and eventually robbed Barat’s apartment. The band broke up, reformed, broke up again, tours were attempted, cancelled, replacements were sought. It’s a long saga generally filled with more lows than highs. The song both presages the future and tells the story of the past. People talk a lot about tensions in bands leading to great music and maybe that’s true, more likely it isn’t, but for the 3:24 that “Can’t Stand Me Now” lasts, it led to perfection.

The vocals descend into repetitions of the lyrics “You can’t stand me, no, you can’t stand me now” and then a harmonica shows up and plays the listener out. It’s as if someone comes along and shuts the door while people are still arguing on the other side. You got a brief glimpse into the tortured relationship and then you had to go. It’s an incredible piece of pop music. Magical, really.

I listened to the song over and over at that listening station for a week. I didn’t have the money to buy the CD and take it home. Napster was already gone so I couldn’t download it for free, so I was stuck until payday. I must have alphabetized the “L” section of Rock/Pop 20 times that week.

At the close of shift that payday I paid for my copy of the Cd, went home and listened to the song on loop, not unlike I’m doing now while writing this, and let it wash over me. There isn’t anything quite like a perfect pop song. Just put the song on and for the few minutes it’s playing it becomes your world. That’s the promise music makes and the contract we sign with it. While it’s playing we get to exist in it’s perfect world of notes and chords and borrowed emotion, pushing all our troubles and anxieties away. However, as the great poet once wrote, nothing gold can stay. Eventually the song ends and everything that was gone is back, but maybe, just maybe, everything is a fraction better.

There’s a line in “Can’t Stand Me Now” that has lived in me ever since I first heard it:

Cornered the boy, kicked out at the world
The world kicked back a lot fuckin’ harder now

Yeah, the world kicks back pretty hard, but because of this one perfect song, I can take the beating a little bit better.