I try to see live music as often as possible, but living in Delaware it’s not always easy. There aren’t many venues for bands to stop, even in college town like Newark. It seems weird even after all these years that a town with a huge university can’t sustain at least a club for traveling acts to stop. The net result is that I go to Philly a lot to get my fix.

Traveling to Philly to see a show usually requires some planning. It’s not always possible to leave work early to run up to the city last minute, find parking, and be ready to go before the band hits the stage. I try to buy tickets as far in advance as possible to make sure everything falls into place. Sometimes this results in busy weeks and weird combinations. Earlier this year I ended up with three concerts in the span of six days covering rock, folk, and punk. It was a weird week, but not anywhere as odd as this past weekend.

Last Friday I saw Wheatus on Friday night in a club that held maybe 300 people, and followed it up the next night seeing Jethro Tull in a huge amphitheater. The dichotomy between the two shows left me with a little bit of musical whiplash.

Wheatus was playing Milkboy in Center City. They were NOT playing the Milkboy on South Street. As it turns out there are two! I wish I had realized this before driving into the city with some friends, parking in a garage, then walking through a downpour to the wrong place. I felt like a dope, but the people there were nice enough and gave us some towels to dry off, and one of my clearly smarter friends got an Uber for us over to the right place. I guess no night on the town is complete without a little adventure.

We got to the correct Milkboy with plenty of time to spare. The performance area was upstairs in a long thin room with a bar at one end and the stage at the other. The place was so small they had unisex bathrooms, which I’ve never seen in a club. The bathrooms also features some of the most positive and supportive graffiti I’ve ever seen.

It was definitely the kind of place I like. The bar had Narragansett tall boys that weren’t too expensive, the lighting was dim but not pitch black, and it felt lived in without feeling filthy. My favorite venue in Philadelphia is a place called Underground Arts, which is essentially a basement with a stage, and Milkboy had a similar feel. It was the kind of place that people would only go if they actually cared about the music.

There were two opening bands, both of which were pretty enjoyable. The first was four piece called ‘Spelling Reform’. The were an indie rock back with some catchy songs. The frontman had a unique voice, reminded me of the Mountain Goats a bit. The second band was a much rockier outfit called ‘Alright Junior’. They had a heavier sound that vaguely reminded me of Soundgarden, but it’s possible I only made that connection because my friend was wearing a Soundgarden shirt.

After the two openers were done Wheatus took the stage, but not before setting up all their own gear. As near as I could tell they didn’t have a roadie or anyone helping them. Everyone who set up instruments and cables stayed on stage and either played or sang. I’m not sure I’ve ever seen that before, which ended up being a bit of a precedent for their performance.

To be honest, I would not have claimed to be a Wheatus fan. I loved the song ‘Teenage Dirtbag’ like everyone else, but I didn’t even own an album of theirs until I bought the ticket to the show. I bought the ticket mostly to see them play the one song, but also because I wanted to see the venue. I’d had tickets to a previous show there that I ended up not being able to make, so I think I mentally felt like I needed to make up for that. It wasn’t much of a reason to make the journey, but I’m glad I did.

Wheatus started playing and after the first song announced that they didn’t have a playlist. The lead singer, Brendan Brown, talked about how much they hated playlists and then proceeded to take audience requests the whole night. That was a completely new experience for me and a level of audience engagement you really don’t see much. To their credit every song sounded like they’d been rehearsing it forever and was nowhere near as shambolic as you might think. The songs Randall and BMX Bandits jumped out at me the most, certainly enough to track them down later. They even did a spur of the moment cover of Rush’s ‘Time Stand Still’.

To close out the evening they played Teenage Dirtbag of course, and it was just as fun as I’d hoped. They did it as a bit of a singalong which is something I always like. The whole evening was hugely entertaining and certainly memorable. 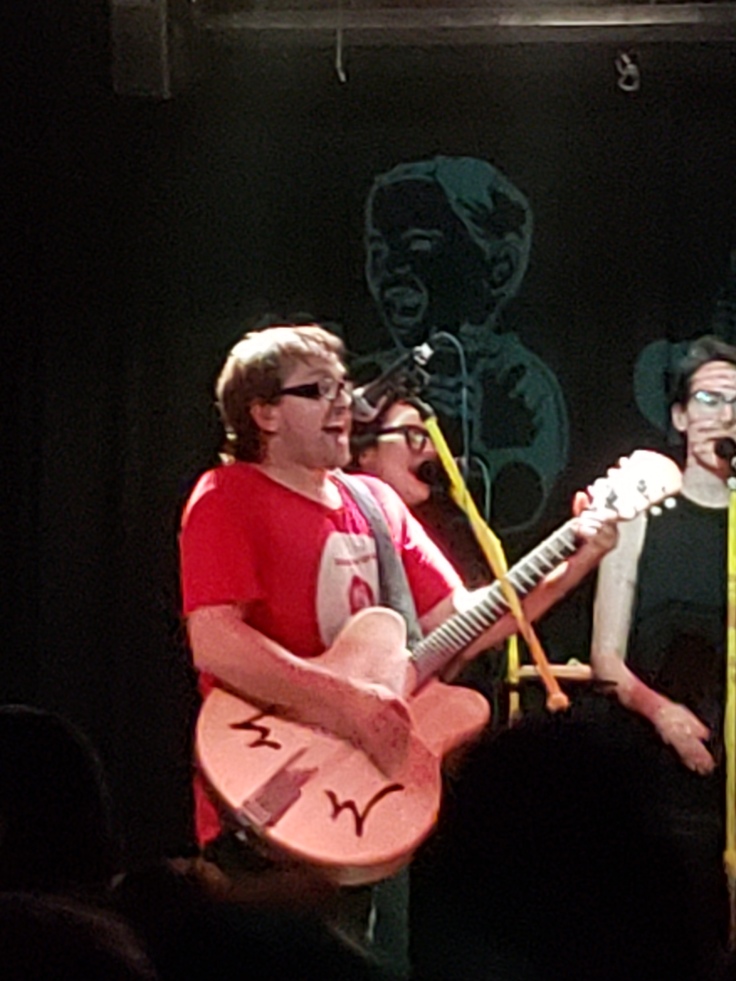 The rain had even slacked off for the drive home. You really couldn’t ask for too much more from a show.

The next night was a much different animal. Jethro Tull is currently doing a 50th anniversary tour and was playing in the Mann Theater, which is an enormous amphitheater in the middle of a park near all the museums. There is a small parking lot, but mostly you park on the grass surrounding the theater. I’m terrible at parallel parking, but perfectly happy to pay for parking, so I’m borderline obsessed with venues that make parking easy and the Mann does that. It is, however, a pain in the ass to drive to which does not work in its favor. 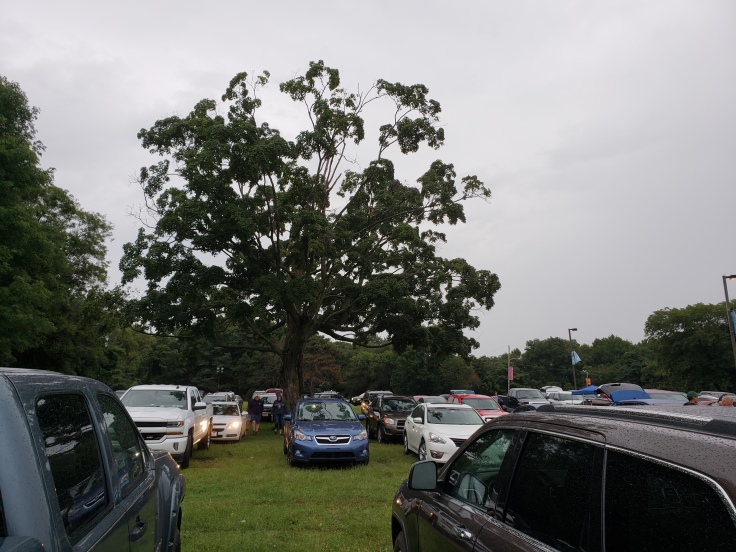 Like Milkboy the night before, this was my first trip to the venue, but everything else about it was different. The Mann is huge, clean, had plenty of and comfortable seats. The beer and food were way overpriced, which is always the way. The bigger the place, the more expensive the beer.

The crowd for Jethro Tull was pretty different the the crowd for Wheatus as you would imagine. Any band that has been popular for half a century is going to attract older fans. I was on the young side for the crows and I am anything but young. There were more people with walkers and canes than I have ever seen at a rock and roll show. The people there also seemed to all feel the need to give their credentials. I was flying solo, so I had more time to eavesdrop, and every conversation was some variant of:

I imagine there is some of that at every concert but it seemed like a lot here. I don’t really know what you would call it. It’s not quite bragging, more like letting people know you were cool back in the day.

I also noticed how many people were wearing Jethro Tull shirts. It will always seem weird to me wearing the shirt of the band your about to see.

The oddest thing pre-show was that the music playing before the band came out was Jethro Tull music. They played a bunch of songs from the bands catalog. I have never heard of a band doing that before. The concert being a 50th anniversary tour, and decidedly backwards looking I guess it made some sense, but it was still strange.

There was no opening act so the show started pretty promptly. It started with a video on a big screen behind the bands setup showing video of Tull’s history, old performances, old videos, etc. The Who did something similar when I saw them a few years ago.

Eventually the band themselves came out and went right into ‘My Sunday feeling’. Ian Anderson then introduced himself and talked a little bit about what to expect. Each song was introduced either by Anderson or a video of a former band member or rock star.

When the band got into the songs, the music was brilliant. Anderson’s voice isn’t what it once was, but the musicianship was stellar. Jethro Tull was never a typical rock or prog band and their catalogue is so varied that the show almost felt like a exhibition more than a concert. Even so, when the ended the evening tearing through Aqualung and finally Locomotive Breath, they reminded everyone of what they once were and how powerful they could be. 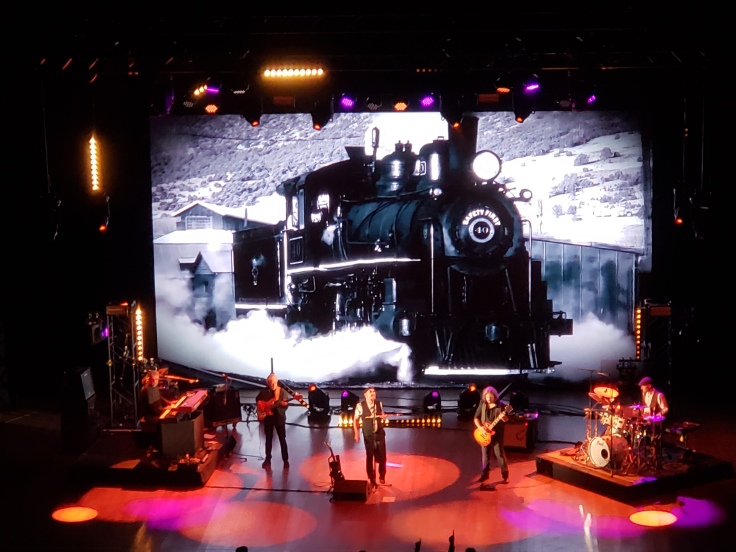 I wished they’d played a few other songs, but getting to hear Heavy Horses and A Song for Jeffrey took care of me pretty well.

The downside of parking on grass in a park with a pretty old crowd is that leaving was utter chaos and slow as hell. It took me an hour to get out of there. It was worth it for sure, but certainly a test of patience.

It’s hard to not reflect on how different both evenings were. Wheatus was pure chaos and joy whereas Jethro Tull was all precision, practice, and power. I enjoyed both but, even though I barely knew any of the songs, Wheatus was more enjoyable.

Brendan Brown mentioned towards the end of the Wheatus show that they didn’t have a manager or a label or any of the things you would expect, but they still pressed on and made music for a living. They did it because ‘Teenage Dirtbag’ was such a hit that it kept them going. By contrast Ian Anderson has been going for 50 years and has had a ton of hits and some of the most recognizable songs in rock history. They both love music and do their own thing, but there’s something very rock and roll about playing small clubs 18 years after your only hit and giving it everything you have for a tiny crowd of half drunk weirdos.

I guess when you hit a certain point, like Jethro Tull has, the band and the music takes on a life of it’s own and becomes a business. The t-shirts cost $40 and the beers cost $12, and the same setlist would be played each night of the tour. Everyone gets what they want out of it, and the music remains wonderful, but it loses something in the translation. The music gets a bit lost in the spectacle, which is ok since most of the people are there for the spectacle, but it makes me wish I could have seen them back in the day playing 10 song sets in seedy Blackpool clubs back in 1967.

I had a similar feeling a few months back seeing U2. Their concert was a huge multimedia extravaganza, but in the end it was kind of boring. When they cut the shit and just played rock and roll though, you remembered why U2 is U2.

Wheatus has in effect completely cut the shit, and just went out and played their asses off.

What a good time.